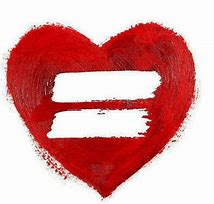 What’s something people debate the existence of? It isn’t an object or animal or a make-believe creature like a vampire. It’s an ongoing action, verbally and physically, that people think we as a whole have overcome.

Racism. Racism is an act of “prejudice, discrimination, or antagonism directed against someone of a different race based on the belief that one’s own race is superior,” according to bing.com.

This action is common enough to see happen every day. Considering that we, as human beings, must go for what’s on the outside rather than what’s underneath, is sad. Some will agree, others will disagree. But it happens everywhere, in every second, minute and hour of every day.

People feel sad, degraded and ashamed of being the color they are which should not happen anywhere or at any time. Even in a different world or universe, this should never be happening to good and innocent people.

A quote from the movie The Hate U Give, “Be roses that grow in concrete,” Angie Thomas. This small but powerful quote represents the difficulties and harshness of what it is like to be a different race, at times. Another quote that describes that scenario better, is “It’s dope to be black until it’s hard to be black,” said Angie Thomas.

People should not find it hard to live in a country that should be “equal”. Instead of worrying about being bullied every day when they walk outside of the comfort of their own home, they should be wondering what they will accomplish in that day and the next.

Not saying that some people already don’t already have that mindset, because some do and they are strong individuals. We’re all strong, but if we all came together as one we’d be even stronger.

Besides racism, there is another issue we sometimes refuse to address. Discrimination. This occurs to people with different ethnicities and different personalities such as being gay.

“It makes me upset because love is love. All people eventually will fall in love with someone or something, it’s like making fun of someone for loving a sport or a class. What’s the difference?? What makes you the happiest is what you should do no matter what anyone else thinks,” said junior Toni Amato.

Being one of the strongest opinions I have ever received, I couldn’t agree more of what both Toni and Avery stated.

And again, if all of us come together and work together as a whole, the community and the world would be so much stronger than fractioned groups.