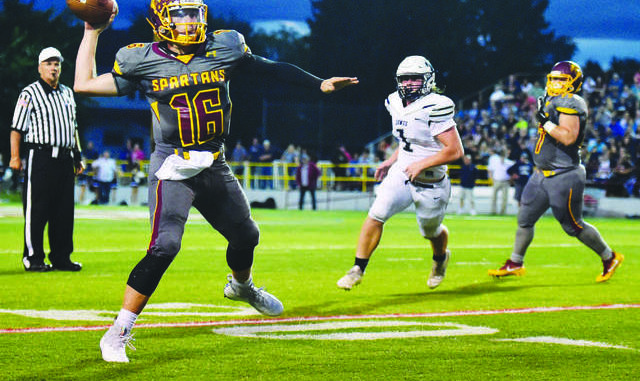 Every sport has two teams with bad blood between each other or just simply love to beat one another. This year it was WVW and Wolf pack.

WVW football team will play the Wolf pack on Friday, October 4 at the Spartan’s home stadium. With the Spartans shaky season many think this will be another loss for the Spartans.

Senior Brandon Woods said, “No we aren’t worried as a team. I feel we all believe in our teams capabilities, we just need to execute the way we know how and we’ll be fine, we have definitely had a rough start with the way our team has been dropping like flies, but I still feel like if we play as a team and if all 11 guys play their hearts out, we can beat anybody.”

Friday will also be a special game for the Spartans due to the fact of many of their starters are coming back from injuries.

Junior Dontae Rhodes said, “I think the energy would be higher and our overall team confidence would be higher from the fact that people would be going back to positions they were more comfortable with, to begin with.”

With the Wolf pack being a new team to the conference they will be looking for a rival and all eyes are going towards the Spartans.

Many members of the football team feel neutral about that statement Junior said Nah-Syr Garner, “I mean we will be playing with a lot of emotion for that game, because I know everyone there, and everyone doubted us there, so it’s going to be our chance to prove our point.

With emotions running high the Spartans are getting focused for the upcoming game.