Who Stands a Chance? 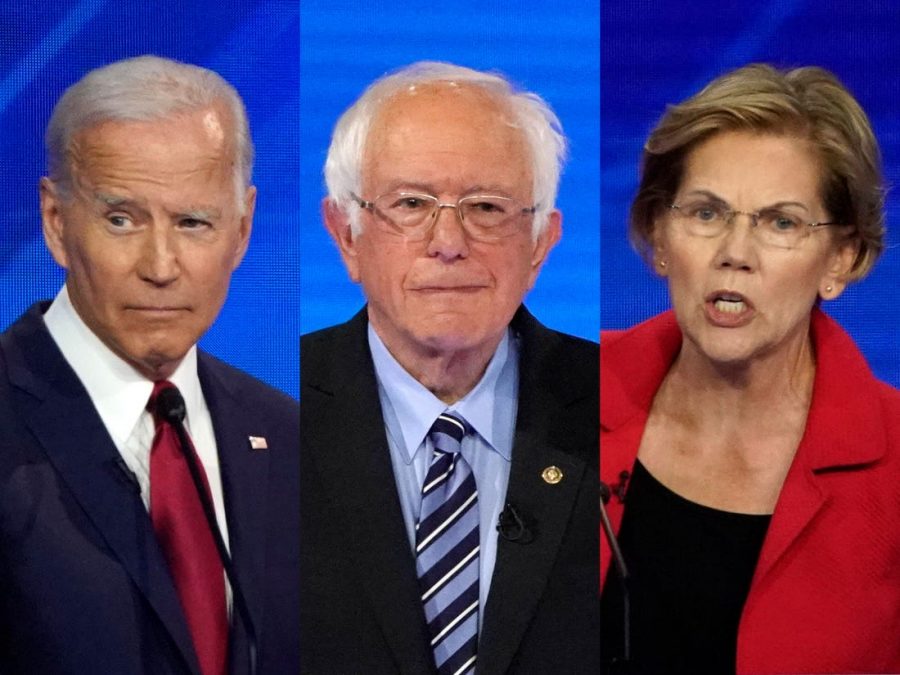 While it may seem like there are 300 people running for the Democratic spot in the 2020 election, only three of them stand a real chance.

That isn’t to say that the other candidates aren’t worthy to be president, or that their political opinions aren’t valid, but their polls aren’t showing great results. A few candidates have already dropped out because they realize that it isn’t going to go well for them.

As it is right now, the top polling candidates are Bernie Sanders, Joe Biden, and Elizabeth Warren. Basically, an old white man (but he’s Jewish so it’s a bit out of America’s comfort zone), a WASP, and a woman (also out of the comfort zone).

Am I scared that Biden will win the election solely because he is an old white man and America is scared of anything else? Yes I am.

That isn’t to say that his policies are bad and I agree that he is a pretty good guy, but come on. I feel like America should be sick of it at this point. He doesn’t have the interests of our generation in mind (because he’s a boomer, no joke intended).

Sanders, while he is also an old white guy, does in fact have the interests of our generation at heart. He has been advocating for the same “radical” ideas since he was young.

The youngest congresswoman endorses him and I feel like that should show how he is willing to work with younger Americans, along with his policies supporting the younger generations. He is young at heart.

Warren is a white woman and I feel like I could just stop there because I don’t need to defend how she will be a unique touch to the presidential office.

Her policies are basically the same as any other candidate, but she has this gift of being able to wonderfully speak to a crowd, which is essential for a president (if they don’t want to sound like a bumbling idiot next to a microphone).

What really makes her stand out is the amount of support she has which would be unthinkable years ago. The last election showed us that America (regarding the popular vote) was ready for a female president. I think if people show up to the polls, she has a pretty good shot.

The Pennsylvania primary election is on April 28th. If you will be 18 years old by the election, you are able to vote and can register in Mr. Dicton’s classroom.

There are so many Democratic options if you choose to side with that party, so go ahead and vote for whomever you please.