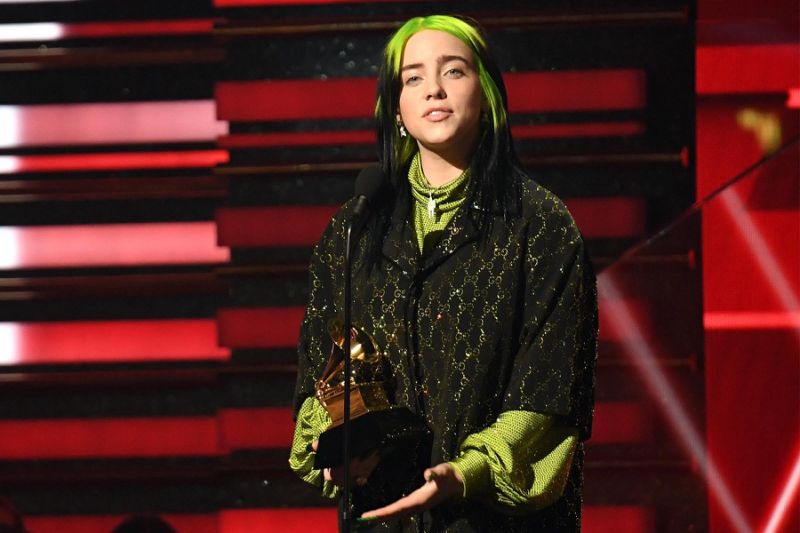 The Grammy’s are a prestigious award ceremony that is held every year for top artists and producers. The 62nd annual Grammy Awards were Sunday, January 26th, 2020. There are a total of 84 categories for the Grammys, and Billie Eilish earned four main category awards.

Billie Eilish is an amazing artist – she is very young with an extreme amount of talent. Billie started her career at 15 years old, performing for about 50 people at the High Hat on York in Highland Park. Her first song to get noticed was “Ocean Eyes” in 2016, when she was only 14 years old.

Her first considered “hit” song was “Bad Guy,” that was released and became her first single to debut in the top 10 of Billboard Hot 100. It then peaked at number one on the charts.

Her 22-year-old brother, and also her producer, Finneas O’Connell helps her write, record and obviously produce. According to Atwood magazine interview, O’Connell said, “We’re a pretty close knit family to begin with so that’s not really super new.”

Fast forward four years to 2020, 18 year old Billie wasn’t expecting to go this far so fast and was surprised last night during the Grammy awards.

Billie’s accomplishments of the trophies came from her Darkroom/Interscope debut album, When We All Fall Asleep, Where Do We Go? O’Connell produced this era-defining album that tallied billions of streams.

Billie swept the big four categories, including song and record of the year. She was nominated for a total of six awards and won five of them.

The biggest award she won last night was Best Pop Vocal Album for When We All Fall Asleep, Where Do We Go? This album reached number 1 on the Billboard 200 and topped charts around the world. She also won Best New Artist of the Year.

After the Grammy’s last night, she posted a photo of her smiling and holding all five Grammy’s and captioned it, “FIVE ARE YOU KIDDING.” Billie seemed surprised and was at a loss for words after winning her fifth award last night.

Billie is only the second artist in history to sweep all four major categories. She is very humble and obviously ecstatic about her winnings last night.