And the Broom Stands Alone 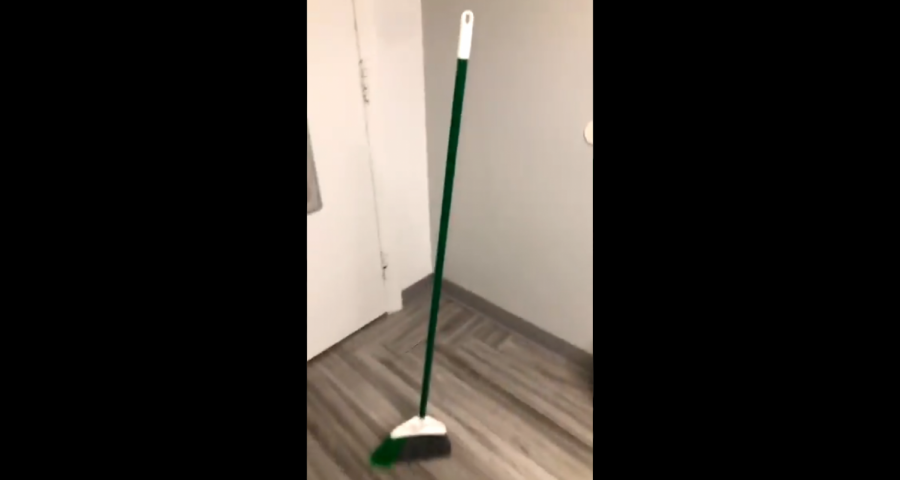 A new trend has been sweeping  the internet recently after a rumor broke out that for one day and one day only, your standard broom that you can find in your kitchen can stand by itself. Everyone has been testing out to see if their brooms can stand by themselves this previous week, and sure enough, they can!

How can this be?

A viral tweet suggests that NASA said Monday, February 10th, was the only day the “standing broom” trick would work, because of the earth’s gravitational pull.

Naturally, everyone began trying this challenge and posting their pictures. Sure enough, almost everyone’s brooms stood by themselves.

Funny enough, NASA did not say anything about there being only one day the broom can stand. This was a made up rumor to start a “new” trend.

Well, why does the broom stand?

The center of gravity is low on a broom, and rests directly over the bristles. Which means, if you can get the bristles positioned like a tripod, your broom will stand upright any day of the year.

Rodolfo Langhi, director of the UNESP Astrophysics Institute, commented on this fact. “It depends on the base of the object. The heavier and wider it is, the greater the chances of standing,” Langhi said. “The same broom that appears in the photos can be balanced at any time of the year.”

Another aspect of the theory was that Earth’s gravitational pull around the spring equinox creates a “perfect balance”.

This myth occurred on February 10th… The spring equinox doesn’t happen until March.

This myth was actually debunked about 20 years ago, and every year following.

Every year, new myths are tested all based on the alleged idea that the equinox creates a perfect balance. In 1999, rumors spread that an egg can balance on it’s own on or about March 22nd. Every year, this myth of everyday objects balancing on their own only for one day due to the equinox is rejected and every year the myth reappears.

There is a positive to all of this, however. Students worldwide are trying to find out why the broom stands, resulting in research being done on what the equinox is and what effect it has on the Earth.